What Do Star Wars and 5 for the Fight Have in Common?

What do Star Wars and 5 for the Fight have in common? Not a lot for many people, but in my case, they have a lot in common. I could go into some detailed story about how a noble Jedi and the Force helped the Rebels overcome Darth Vader and the evil Galactic Empire and how that applies to a noble cancer patient like my dad as he valiantly works to overcome the greatest battle of his life. For many fortunate cancer patients, the battle of good over evil is won. Here’s the story of my dad – Randy and his fight with cancer – the evil Empire.

My dad’s battle with cancer started in 2006 when he was diagnosed with CLL – Chronic Lymphocytic Leukemia and doubled in 2007 when he was diagnosed with Non-Hodgkin Lymphoma. That’s when the battle against the Empire began. Chemotherapy put the cancer under control for five years. But, then it came back. More chemo. Under control – once again. Then it came back a third time. After ten years of treatment and some respite with remission, a bone marrow transplant was the final and most significant step to take to try to heal my dad and give him a few more quality years of life.

Why do I associate my dad’s battle with cancer with Star Wars? Our family has always loved Star Wars. Star Wars Episode IV: A New Hope was one of the first movies I recall seeing with my dad when it debuted in May 1977. His final battle to overcome cancer was scheduled with a bone marrow transplant on May 4, 2017 – Star Wars Day as many associated with the Star Wars universe like to call it. “May the fourth be with you…”

Our family celebrated my dad’s 67th birthday just days before his transplant. Since his transplant was scheduled for Star Wars day, we had a Star Wars themed birthday party. He wasn’t feeling well but he smiled and enjoyed every minute with the family – especially being able to be with eight of his 17 grandchildren who live locally.

The next day, dad started a regimen of treatments to prepare for the transplant. Those few days leading up to the transplant brought about hospitalization due to an infection. Bone marrow transplant recipients are very susceptible to infections and in my dad’s case the Force wasn’t on his side – infection had entered his body. Fortunately, his doctors determined he was able to proceed with the transplant. Our family was relieved at this news and once again optimistic.

The bone marrow transplant procedure itself was simple and peaceful. The procedure is performed in order to replace bone marrow that has been damaged or destroyed by disease, infection or chemotherapy. The procedure involved transplanting blood stem cells, which travel to the bone marrow where they produce new blood cells and promote growth of new marrow. The transplant was completed in about 30 minutes – but that was after three straight days of intensive chemotherapy and a morning of radiation treatment to make sure as much of the cancer cells as possible were out of his body.

The transplant day was a day of “cellebration” for our family. We were excited about the coming days, weeks and months and what they would bring in his road to recovery. We felt peace and were hopeful that we just took care of the first step of taking down the evil Empire, knowing this was going to be a long road to recovery. We were also thankful for an unknown donor who sacrificed to provide necessary stem cells in the attempt to heal my dad. Hopefully one day we will get to meet my dad’s donor.

After a week of recovery on the 8th floor of the bone marrow unit at LDS Hospital in Salt Lake City, my dad was feeling well enough to go home to continue his recovery. After being home for about 36 hours, he returned to the hospital with symptoms of another infection. Our battle to overcome the evil Empire just became a little more difficult. The doctors and our family were committed to do anything we could to help him hold up that light saber and fight to the end.

More complications from multiple infections took over and after a long battle, my dad passed away on May 30, 2017. The battle was hard. It took a great physical toll on the family. May was a long, difficult month.

A day doesn’t pass that I don’t think fondly of my dad. I miss going to games with him and cheering on our favorite team. I miss calling him on the phone to talk about what happened in the game the night before. I miss seeing him when I walk in my parent’s front door.

So, what does my dad’s battle have in common with 5 for the Fight? To me 5 for the Fight is personal. It’s associating two things that I love and am committed to. These connections are different for everyone.

At the time our family was going through all of this, I was taking steps to make a change my career and join the Layton team. Little did I know at the time how committed Layton is to supporting cancer research and helping find a cure for cancer. The Layton team supported me during some of the most difficult times of my life – before I even started working here. I am honored to work for a company that is doing so much to put an end to cancer and the evil Empire.

I don’t know how soon it will happen, but the simple gesture of giving $5 or more to help fund cancer research is going to one day end this horrible disease. Then the battle over evil will be won. It won’t bring back my dad, but it may mean that the likelihood of me or someone else I love succumbing to this evil disease will end. I envision a grand celebration just like the one at the end of Star Wars Episode IV: A New Hope – with or without the Wookie. That’s my hope.

So far in 2018, Layton employees have committed more than $105,000 to cancer research. We’re asking all employees and business partners to join us by donating $5 or more to 5 for the Fight. If every Layton employee committed to give just $5 per paycheck, Layton would reach its 2018 donation goal of $200,000 or more by tomorrow. 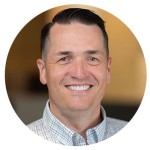