WEST VALLEY CITY, Utah (October 16, 2019) – West Valley City, one of the largest cities in Utah, celebrated the opening of its new police headquarters on October 15, 2019, with a ribbon cutting and public tours.

The new 66,000 square-foot, 3-story facility is next to City Hall  and across the street from Valley Fair Mall.

The new building is ultra secure, with ballistic glazing, a blast-proof structure and advanced security systems. It’s also highly energy efficient, built to LEED standards, including an environmentally friendly HVAC system. The new headquarters should accommodate the space and technology needs of the expanding Police Department for the next 50 years.

The new headquarters brings many different functions together for easier collaboration, including detectives, evidence, forensics, traffic, patrol, community policing and other services.

Other new features include a certified forensics lab, an evidence storage facility that meets the latest police and FBI standards, and an intelligence room. The building also has a large community room to host public meetings, public training and educational programs, and to accommodate the media during police briefings. 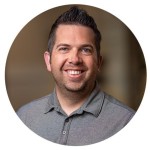 About the Author: Drew Thorstrom

This hotel reno and timeshare conversion at Waikol

ucflakenonamedicalcenter is ready for action! The

This was a unique project for our Boise team! Layt

Let's kick off our Lakin Park project in Goodyear,